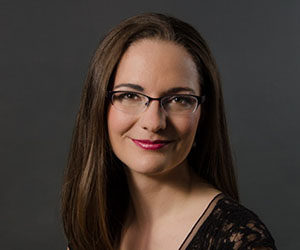 As first violinist in the Windermere String Quartet and a core member of the Hamilton Philharmonic Orchestra, Elizabeth Loewen Andrews demonstrates her musical versatility, at home in both period and modern performance. Her interests, as well as her experience in solo, chamber and orchestral performance, have brought Elizabeth opportunities to perform in England, France, the Netherlands, Japan, Hong Kong, and Israel, and with world reknowned conductors and soloists, such as Paul McCreesh, Kent Nagano, and violinist, James Ehnes.

Elizabeth performs regularly with Tafelmusik and the Talisker Players, which have granted her the opportunity to perform and record with elite singers, such as Karina Gauvin, Adrianne Pieczonka, and Toronto’s own Krisztina Szabo.  She has also performed with Esprit Orchestra and Aradia Ensemble, and for Toronto Mendelssohn Choir, Orpheus Choir, and the Elora Festival Singers.

Elizabeth’s love of chamber music has found a happy home both with her quartet (which is releasing their second recording next week) and also with the Academy Concert Series, where Elizabeth is privileged to be able perform alongside former teacher and mentor, Scott St. John.

Elizabeth holds a Master of Music Performance from the University of Toronto where she studied with Annalee Patipatanakoon, violinist of the Gryphon Trio.