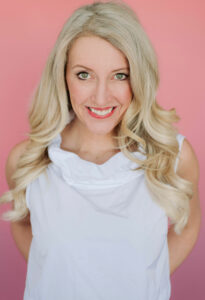 Tenja Hagenberg is an actor-singer-dancer based out of St. Catharines, Ontario. A graduate of Sheridan College’s Music Theatre Performance program, Tenja had spent years working in theatres across Canada; playing leading roles in Tommy, City of Angels, Baby, Copacabana and Eight To The Bar and starred in the Dora Award-winning Evil Dead: The Musical play in Toronto’s Diesel Playhouse.

Through her many adventures upon the stage; she has had the opportunity to create her own one woman show ‘Around The World And Home Again (A Benefit for the Canadian Mental Health Association)’, headline a jazz big band, perform in the St. George’s Music Festival in Bermuda and sing back ups for headliner acts around the world.

Tenja performed as a Guest Entertainer for Princess Cruises where she worked with top Hollywood stage directors and choreographers in the creative process of building their new productions for their latest vessels. A highlight in her career as a lead vocalist and creative on these awesome projects, from its beginnings to performing the shows in incredible 2000 seat venues.

Tenja returned back home to her roots in St. Catharines, Ontario in 2016. She performs with different production companies in the GTA and Niagara area and in 2018 created Performance On Point; a one-on-one coaching program in singing, acting and performance.  She is also the head agent & owner of POP Talent Management.  She is passionate about sharing her expertise with students and clients beginning their careers upon the stage and in the world of entertainment.