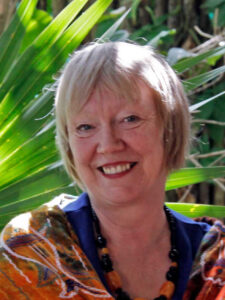 Danish-born mezzo soprano, Helga Tucker, joined the Oscar Peterson School of Music (formerly the Royal Conservatory School) in 2006, coming from the Okanagan in British Columbia where she had a very active and successful studio.

Ms. Tucker received her vocal studies and pedagogy training with renowned master teacher Bernard Diamant. Earlier studies include Illowna Kombrink in Madison Wisconsin and the Victoria Conservatory of Music, BC. She holds both an ARCT diploma in Voice Performance and a Teacher’s ARCT diploma from The Royal Conservatory of Music. She also earned a Licentiate in Voice from Trinity College, England.

An active adjudicator and teacher, Ms. Tucker’s students have achieved Gold Medals from The Royal Conservatory Certificate Program. In the Kiwanis Festival her students have won in all categories at the Provincial level. Many of her senior students have won first place in competitions nationally and internationally, including the Metropolitan Opera, National Foundation for Advancement in the Arts, Helmut Deutsch Lied Competition, Oxford Lieder Award, and CBC Jeunes Artistes.

Ms. Tucker has prepared many students to be accepted into university performance degrees throughout Canada and abroad. Her students have gone on to study at The Glenn Gould School, San Francisco Conservatory, Curtis Institute, Guildhall School of Music in London, and the Manhattan School of Music in New York. For her teaching she was honored with an Award of Recognition from the National Foundation for Advancement in the Arts, USA.