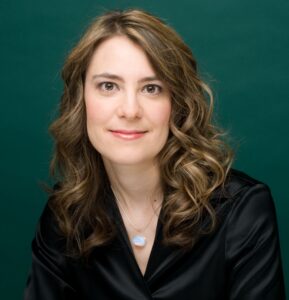 Dr Kathryn Tremills is in great demand as a performer, coach, teacher and adjudicator. A three-time Canada Council Grant recipient, she has appeared as a soloist throughout North America.  Kathryn holds a doctorate from the University of Michigan and is an alumnus of the Eastman School of Music, University of Colorado at Boulder and University of Toronto, working intensively with Martin Katz, Dr. Nelita True, Angela Cheng, Marietta Orlov, Gwen Beamish and Shirley Hawkins.

As a founding member of Women on the Verge along with sopranos Elizabeth McDonald and Emily Martin, she has performed and given masterclasses across North America, in France, the UK and Iceland and commissioned and premiered new works.  She has been part of numerous concert series including the Ottawa Chamber Music Festival, Off Centre Music Salon, Canadian Art Song Project, Richard Bradshaw Amphitheatre Thursday Noon Concerts and Pro Arts Detroit. In addition, Kathryn’s versatile skills have lead her to the musical staff at the Canadian Opera Company as a coach and répétiteur and to the role of accompanist to many choral groups including the Ontario Youth Choir and the world-renowned Toronto Children’s Chorus. Part-time faculty member at the University of Toronto, Kathryn is a member of the summer faculty at the Centre for Opera Studies in Italy (COSI) and Canadian Operatic Arts Academy (COAA).