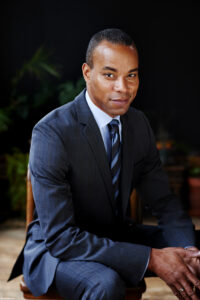 Marcus Nance has been in the entertainment business for over thirty years. The New York Times describes him as, “a thrillingly powerful bass baritone” and the Toronto Star says he has “a stunning singing voice and commanding physical presence”.

Marcus Nance has been nominated for a Dora Award for best performer in a musical for Atom Egoyan’s Elsewhereless and a Juno Award for Classical Album of the Year for Dark Star Requiem.

Marcus Nance is on the faculty of Sheridan College’s Musical Theatre Department where he teaches vocal tutorials. His CD, The Voice Next Door can be found on iTunes. For more information visit marcusnance.com.