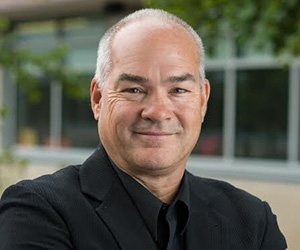 Greg Burton continues to manage a varied career in music that includes conducting, performing, and teaching. Greg has held conducting positions with many orchestras including The York Symphony, Symphony Nova Scotia, The McMaster Chamber Orchestra, and the Mississauga Youth Orchestra. Greg was the conductor of the Nova Scotia Youth Orchestra from 1988 to 2006. He has conducted ensembles that have included members of the New York Philharmonic, Boston Symphony, Toronto Symphony and Vancouver Symphony.

Greg enjoys working with university-aged musicians and has held positions at a number of universities including The University of Toronto, McMaster University and Arizona State University. He was previously Director of Arts at Hillfield Strathallan College in Hamilton, Ontario and currently has a continuing appointment in the Music Department of Mount Allison University.

As a trombonist Greg performed for many years in the trombone section of Symphony Nova Scotia. He was a member of the National Youth Orchestra of Canada and has also performed as trombonist with the Toronto Symphony, Kitchener-Waterloo Symphony and Symphony New Brunswick. Greg has earned a Masters degree in performance from Northwestern University and a DMA from Arizona State University.

Greg is excited to hear the amazing musicians from Ontario as an adjudicator for the Ontario Provincial Festival.