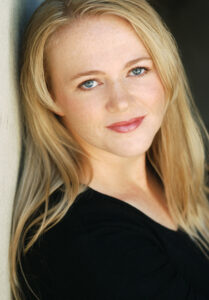 Christy Turnbow has more than a decade of teaching experience in both private studio and collegiate settings.  She is a member of the musical theater voice faculty at The Boston Conservatory at Berklee. She has also been on the faculty at Montclair State University, CAP 21 and Brigham Young University. She was the Director of the Hale Academy for the Performing Arts at the Hale Center Theater in Orem, Utah.   She has experience as a technician for both classical and musical theater repertoire and has had some training in pop/rock as well.

Christy also has more than a decade of performing experience.  She played Marian Paroo on the National Tour of the Susan Stroman revival of The Music Man.   She has also been seen as Marguerite in The Scarlet Pimpernel, Mabel in Pirates of Penzance, Christine in Phantom, Fiona in Brigadoon, and Guenevere in Camelot.  Recently, her performance experiences at Penn State have ranged from Fiordiligi in Così Fan Tutte to Maria in Love’s Labour’s Lost.

Christy has a Bachelor of Music from Brigham Young University in Vocal Performance and an MFA in Musical Theater Voice Teaching from Penn State University.