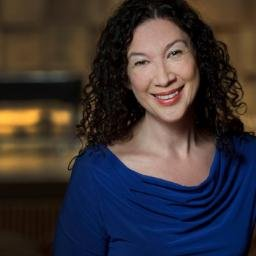 Caroline Schiller is Professor of Voice and Director of Opera at Memorial University of Newfoundland. An artist equally at home in concert, opera, and music theatre repertoire, she has participated in the creation and performance of opera and concert works with companies that include The Banff Centre, The Tanglewood Music Center, The Tuckamore Chamber Music Festival, The Ottawa International Chamber Music Festival, Neptune Theatre, The Dartington International Institute, the Charlottetown Festival, and The Indian River Festival. Highlights include performances with L’Orchestre symphonique de Montréal; the American premiere of Alexander Goehr’s Sing Ariel with the Boston Symphony Chamber Players, and her performances in the role of Christine in the original Toronto cast of Phantom of the Opera.

Recent projects include a commissioned chamber work entitled Your Daughter Fanny, by Canadian composer Alice Ho and writer Lisa Moore for Schiller and Duo Concertante’s Nancy Dahn, violin and Timothy Steeves, piano. This work draws from the letters of nurse Frances Cluett (of Newfoundland) to her mother during WWI. Schiller’s recordings include, Great Britain Triumphant! 18th-century cantatas with the baroque ensemble Capella Savaria and Mary Terey-Smith, conductor (Centaur) and Voyage to Canada, a recording of Canadian song repertoire with Kristina Szutor, piano (Centrediscs).

Dedicated to the training of young singers, she is the founder and director of Opera RoadShow/Opéra en tournée. This opera outreach program tours for three to five weeks each spring, bringing new and traditional opera repertoire to schools in rural communities throughout Atlantic Canada. It also provides paid, professional experience to its university-age singers. She is one of the founding faculty members of the MUN Song Academy, a week-long summer intensive program in song repertoire for high school age singers and is a frequent adjudicator and clinician, giving masterclasses throughout Canada, the United States, and Europe.