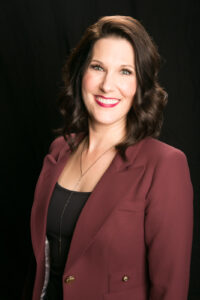 CARA LIANNE MCLEOD is a Canadian soprano praised for her “enviable clarity of tone” (Opera Canada). Recognized as a vibrant and generous artist both on and off stage, she has inspired audiences with her distinct voice and compelling honesty in operas, recitals, and concerts.

Ms. McLeod made her operatic debut in COSĪ FAN TUTTE and most recently performed Annina in LA TRAVIATA with Edmonton Opera, with whom she also sang the roles of High Priestess in AIDA, Berta in IL BARBIERE DI SIVIGLIA, and then as a cover, went on to successfully perform the role of Donna Elvira in DON GIOVANNI. Other opera credits include Nedda in PAGLIACCI, Contessa in LE NOZZE DI FIGARO and Micaëla in CARMEN with Mercury Opera, Calgary Concert Opera Company, Vancouver Island Opera, and Operafestival di Roma.

In recital and concert, Ms. McLeod has appeared as a featured soloist with Vancouver Island Opera, Red Deer Symphony, Edmonton Youth Orchestra, Calgary Concert Opera Company, and Mercury Opera.  As the soprano soloist for the Alberta Symphony Orchestra (ASO), Ms. McLeod toured throughout Alberta, under the direction of Emilio De Mercato.  She subsequently appeared with Maestro De Mercato in Symphony Paradiso: The Movie Music of Ennio Morricone and Nino Rota. She recently made her Edmonton Symphony Orchestra debut with conductor Lee Holdridge, performing in Rocky Mountain High – An Evening of John Denver.  She has been honoured to perform the National Anthem at the Alberta Legislature several times, including for Canada’s 150th birthday. Recent online projects include teaching, creating and hosting a series of videos about Opera and Film for Edmonton Opera with pianist leanne Regehr, and performing as a featured soloist in Edmonton Opera’s Opera al Fresco series, and the televised Valentine’s Gala.

Cara has been teaching voice to students of all ages for over 15 years. She cares deeply for her students and focuses on their individual needs, encouraging them to reach their full potential, whether in private lessons or workshop settings.  Ms. McLeod has also vocal coached and artistic directed numerous projects, including the small vocal ensemble at Keyano College and the Alberta Heritage Music Project, bringing seniors and students together in a music-memory collaboration and performance. She has adjudicated at several music festivals throughout Alberta, and judged the Student Recognition Awards with Alberta Music Education Foundation, a charitable organization for which she was a Board member and Chair for several years.