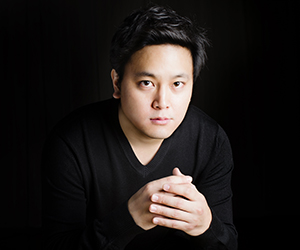 Younggun Kim is a pianist known for his blazing technical capacity and a lush sound supported by a natural phrasing sense (Timothy Gilligan, New York Concert Review), who has performed across North America and Europe. He is active as soloist, and chamber musician; recently he joined his alma mater, University of Toronto, as faculty member. He is also a sought-after adjudicator.

His solo performances in the 2019-2020 season include a solo appearance with Georgian Bay Symphony, as well as other solo and chamber concert engagements in Seoul, Vancouver, and Toronto. He is also featured in many other chamber music series, including the Korean-Canadian Chamber Concerts, Music Friends in Vancouver, Contemporary Music Ensemble, and the Arts and Letters Club.

The winner of various prizes including San Antonio International Competition, Concours International de Piano Francis Poulenc and Doctor of Musical Arts Recital Competition at the University of Toronto, he also received various prizes and scholarships from the Canada Council for the Arts, University of Toronto, Peabody Institute of The Johns Hopkins University, the Glenn Gould School of the Royal Conservatory of Music, Canadian Music Competition, Shean Competition, the Alice and Armen Matheson Graduate Scholarship, Anne Burrows Foundation and Winspear Fund. Upon completion of the doctoral degree, Younggun was chosen as the recipient of the Tecumseh Sherman Rogers Graduating Award worth $25000, which is the largest award that the University of Toronto, Faculty of Music offers.

He has also been closely involved since 2011 with the Health Arts Society, providing classical music concerts to audiences who no longer can make it to concert halls.