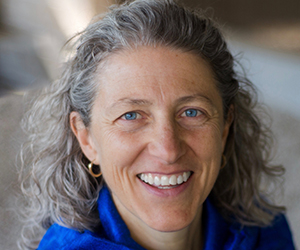 Gillian MacKay is Professor of Music of the University of Toronto, where she conducts the Wind Ensemble and teaches conducting. She has conducted honour ensembles throughout Canada and internationally, and serves as Associate Conductor of the Denis Wick Canadian Wind Orchestra. Dr. MacKay has adjudicated and guest conducted in Canada, the USA, Asia and in the UK.

Known for her research on the relationship between conducting and mime, Gillian is currently investigating the application of the Michael Chekhov acting technique to expressivity in conducting gesture. Gillian leads the University of Toronto Wind Conducting Symposium each July, and has been the guest instructor at other symposia in Canada and abroad.