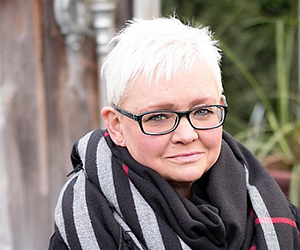 The Founder and Artistic Director of Yellow Door Theatre Project, ANDORLIE HILLSTROM, is a seasoned musical theatre professional, and a resident of Niagara-on-the-Lake. She is eager to continue sharing her skills and passion with youth in the Toronto and Niaga Regions.

Andorlie has taught drama, musical theatre, voice and piano for several years, and has been a musical theatre adjudicator in regional and Provincial music festivals across Canada.

Her current and past successes include the ownership and operation of Class Act Performing Arts Studios in Regina – now celebrating over twenty five years of high calibre dance, drama and musical theatre instruction; being the Founder and past Artistic Director of Do It With Class Young People’s Theatre and having directed over forty musicals during her tenure; professional performances at the Globe Theatre in Regina; Persephone Theatre and Twenty-fifth Theatres in Saskatoon; and Manitoba Theatre Centre; Rainbow Stage and Actor’s Showcase in Winnipeg; being a founding director and Co-Artistic Director of The Golden Apple Theatre in Regina, having performed in its inaugural presentation of Jacques Brel; directed God of Carnage and Mary’s Wedding.

Andorlie studied in both the Bachelor of Music Performance and Drama Programs at the University of Saskatchewan, and continued scholarship studies in the Voice/Opera Program at the Banff Centre of Fine Arts.