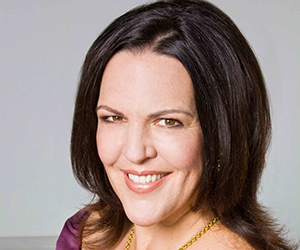 Canadian soprano Adrianne Pieczonka has enjoyed a career in opera, concert and recital spanning more than three decades.
She studied at the University of Western Ontario and at the University of Toronto. She made her operatic debut in 1988 with the Canadian Opera Company, singing a small role in Boris Godunov. In that same year Adrianne moved to Europe to pursue her career. In 1989 she became a member of the Vienna Volksoper and soon joined the Vienna State Opera in 1991, where she continues to perform regularly as a guest artist.

Internationally acclaimed for her interpretations of Wagner, Strauss, Verdi and Puccini, she returned to the Vienna State Opera in the 2019/20 season as Ariadne and as The Marschallin in Strauss’ Der Rosenkavalier. She also appeared as Madame Lidoine in Poulenc’s Dialogues des Carmélites at the Metropolitan Opera in New York. Future performances include Leonore in Fidelio in Munich and Sieglinde in a new production of Die Walküre in Madrid directed by Robert Carsen.

Adrianne sang her first leading role at the COC in 1994, portraying Mimi in La Boheme. Since moving back to Canada in 2005, she has starred in numerous productions at the COC. Her portrayal of Sieglinde in Atom Egoyan’s production of Die Walküre was awarded a Dora Award in 2004.

Her discography includes the CD “Adrianne Pieczonka sings Puccini” (Delos), which was awarded a Juno Award in 2010 and a CD of Arias by Richard Wagner and Richard Strauss (Delos) 2006. Her recording of Elsa in Lohengrin under Semyon Bychov received the “Opera Award” and was named “Disc of the Year” at the BBC Music Magazine Awards 2010.
Adrianne Pieczonka was named Wiener Kammersängerin by the Austrian government in 2007 and was made “Officer of the Order of Canada” in 2008. In 2010 she became a member of the Royal Society of Canada. She received the Queen Elizabeth II Diamond Jubilee Medal and holds honorary doctorates from her alma mater, the University of Western Ontario, and McMaster University and is an Honorary Fellow of the Royal Conservatory of Music in Toronto. In 2014 she received the Paul de Hueck and Norman Walford Career Achievement Award
In 2019 Adrianne was appointed “Chair in Voice” at the Glenn Gould School, Royal Conservatory of Music in Toronto.