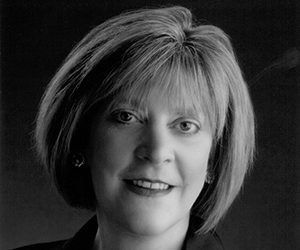 Susan Quinn is from St. John’s, Newfoundland and Labrador, where she is the Artistic Director of the Quintessential Vocal Ensemble (QVE) and Choral Director at St. Bonaventure’s College, and recently retired after nearly 30 years of leading the award-winning choirs at Holy Heart of Mary High School.

Susan received her early musical education from the Sisters of Mercy, and has degrees in Music and Music Education from Memorial University of Newfoundland, with a major in violin, and a Master’s degree in choral conducting from the University of Maine.

She is a recipient of the Prime Minister’s Award for Teaching Excellence and the Arts in Education Award from the Newfoundland and Labrador Arts Council. Her choirs have received numerous national awards and honours at international competitions in Austria, Wales, Ireland, and France, and recorded six CDs.

She is in demand across Canada as an adjudicator, guest conductor, clinician and expert in choral intonation.