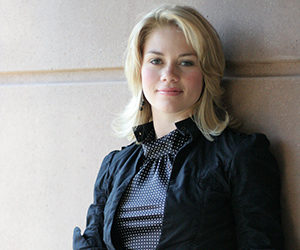 Shawna has been performing across the country for over 20 years. She most recently spent the summer performing at the Charlottetown Festival where she is no stranger having spent a total of 13 seasons performing in such shows as Anne of Green Gables, the Musical, Jesus Christ Superstar, Canada Rocks, The Happy Prince, British Invasion, Buddy: The Buddy Holly Story, and Dracula; A Chamber Musical to name a few.

A career highlight for Shawna was when she played the part of Lesley in Billy Elliot, the Musical at the Canon Theatre (Mirvish). As part of a predominantly American cast, Shawna had the honour of being one of the few Canadians.

As well as performing in Musical Theatre on Main Stages across Canada, Shawna’s music directing credits include Jack and the Beanstalk (Gayety), A Christmas Carol and A Gift to Last (Upper Canada Playhouse).

Shawna has been teaching both voice and piano lessons for over 20 years at Studios across the GTA and PEI as well as coaching musical theatre professionals for audition prep. She has also sat on the entrance panel and been a voice teacher and coach for Sheridan College where she is a graduate of the Music Theatre Performance Program.