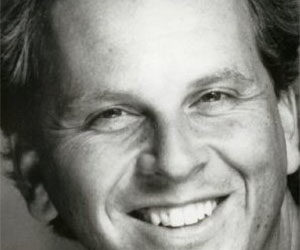 Rick Church has been the Conductor and Musical Director for the summer High School Musical Theater Production at Interlochen Center for the Arts, where he was involved in programs there for over 20 years. Previously, he was the Music Director and Conductor for the Musical Theater program at Elon University in North Carolina. Prior to his appointment to Elon, Rick was on the Music Theatre Faculty as Music Director/Conductor at Wright State University and Faculty Adjunct in Musical Theatre at New York University (Steinhardt). Rick is also one of the founders of the Interlochen Center for the Arts Music Theatre Intensive Institute.

As a Conductor and Music director, he has performed in theatres in Romania, Holland, Norway, Sweden and Denmark and on Cruise Ships with Regent Seven Seas, Royal Carribbean, Holland America, Princess and Carnival Cruise Lines. In addition, Rick has been the Music Director for Peter Grey Terhune Productions, producing shows for many different ships.

Rick was awarded recognition from the National Foundation for the Advancement in the Arts as an outstanding teacher that influenced lives of young artists. He is a Proud Member of Local 802, the Musicians Union of New York City, NATS (National Association of Teachers of Singing), MSVMA (Michigan Schools Vocal Music Assocation) and NAME (National Association for Music Education).