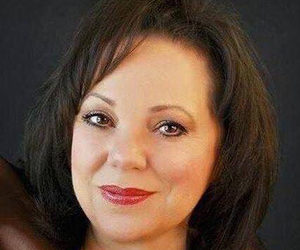 Lynne Church has enjoyed a varied career as a soprano in the worlds of opera and musical theater. A frequent soloist with Traverse Symphony Orchestra, Lynne has been heard in leading roles across the country with opera companies including the Chautauqua Opera, Connecticut Opera, Florida Grand Opera, Houston Grand Opera, Kentucky Opera, Lyric Opera of Dallas, and Nevada Opera.

While successful as an opera artist, Lynne has also performed the role of “Carlotta” in Sir Andrew Lloyd Weber’s hit musical, The Phantom of the Opera throughout Canada, Alaska, Hawaii, and in residence for one year in Singapore and Hong Kong.

Lynne was recently featured on another National Public Radio with the Dayton Philharmonic as soprano soloist in the Mozart Requiem. She can be heard on the recording of Placido Domingo Jr.’s musical, Vlad, in the female lead role of Mina produced by Placido Domingo. Together with her husband, Lynne regularly performs aboard the Regent Seven Seas cruise line in a variety of concerts, both in Opera and Musical Theater styles.