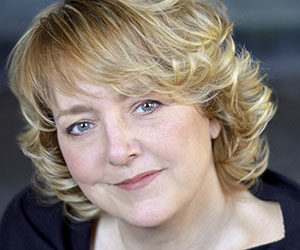 Landing a role in A Streetcar Name Desire at RMTC changed her life and two years later, Kelly was honoured to participate in the Shaw Festival Director’s Project for the 2004 Season where she assisted on four productions, including Terrence Rattigan’s Harlequinade, directed by the late Neil Munro. While at The Shaw, Kelly co-translated and adapted George Feydeau’s Hortense a dit: “Je m’en fous!” and called it Mouthing Off.

Kelly’s earlier years include 13 years on the Canadian Fringe Festival circuit with numerous companies and artists. She has taught and directed at the university level more than 15 years. Daniels co-founded Lyndesfarne Theatre Projects with her husband, and Shaw Festival Ensemble member, Ric Reid, and in 2010, Kelly received the Niagara Entrepreneur of the Year Award (Tourism).

Kelly enjoys acting coaching, acting, directing and producing, and is passionate about mentoring the next generation of theatre artists. She shares her life with her amazing husband, multi-award nominated actor, Ric Reid, and her three boys, Tyler, Aidan and Kalan – the loves of her life.