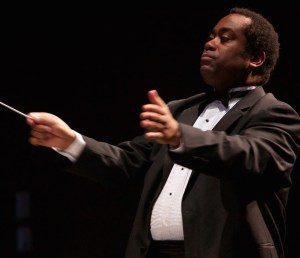 As a conductor, Keith has led ensembles comprised of members of the Toronto Symphony Orchestra and the Windsor Symphony Orchestra. He has conducted at the University of Toronto’s Walter Hall and MacMillan Theatre, and also at Massey Hall.

Keith has also been active as a conductor and performer for many musical theatre productions including How To Succeed In Business Without Really Trying, Once On This Island, Kiss of the Spider Woman, and A Chorus Line.
In addition, he has worked with No Strings Theatre as an Associate Music Director in charge of the Orchestra Training Program for Sweeney Todd, Curtains, and Anne of Green Gables.