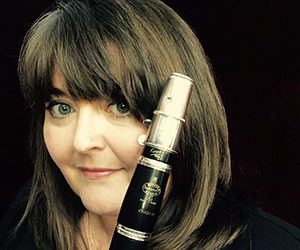 Ms. Russell has been a featured soloist with the Cincinnati Concert Orchestra, the Cincinnati Contemporary Ensemble and the Kitchener-Waterloo Chamber Orchestra. She has recorded with the Cincinnati Wind Symphony, the Cincinnati Contemporary Ensemble and the Windsor Symphony Orchestra. In 2011, she performed with the Ontario Festival Symphony Orchestra on a two-week tour of China. She has performed with the Charlottetown Festival Orchestra in their long running production of Anne of Green Gables and in the 2013 world première of Ted Dykstra’s new musical Evangeline. Ms. Russell is currently on faculty at The Royal Conservatory of Music in Toronto. She has been a member of the Royal Conservatory of Music College of Examiners as a Senior Woodwinds, Brass and Percussion Examiner since 1999. Ms. Russell is also a Senior Examiner for the Music Development Program (USA) and has been an adjudicator with the Glenn Gould Professional School.

She was the Woodwinds adjudicator for the 2014 Toronto Kiwanis Music Festival. As a clinician/ visiting artist, she has worked extensively with students at the Claude Watson School for the Arts at Earl Haig, ARTS at Alexander Mackenzie, and Westmount Collegiate ARTS. Ms. Russell is a Chief compiler and editor of the thirteen volume 2014 RCM Clarinet Series and compiler of the 2014 RCM Clarinet Syllabus.