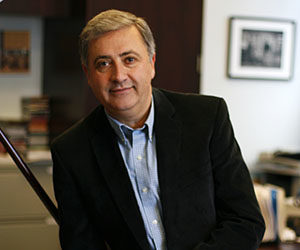 Edmund Dawe’s career includes a wide range of activities as a solo and collaborative pianist, administrator, teacher, adjudicator and lecturer/clinician. He has held academic and administrative appointments at several Canadian universities. His academic career includes 17 years at Mount Allison University and from 2007-2018 he served as Dean of the Desautels Faculty of Music at the University of Manitoba.

Praised for his technical command of the piano and artistic interpretations, Edmund has performed as a soloist and collaborative pianist in Canada, the United States, Europe and Asia.

Edmund has received numerous awards and distinctions in his career including teaching and research awards as well as grants from the Canada Council, the Department of Foreign Affairs and International Trade, and Provincial Arts Councils. Edmund has been twice nominated for an East Coast Music Award (Best Classical) for his solo recording, Sonatas, and piano duo recording, Dialogue, with colleague Lynn Johnson.

From 2007-20018, Edmund led the Desautels Faculty of Music through a period of growth, including construction of the most modern university music facilities n Canada that combine the restoration of a historic building with state-of-the-art new rehearsal, recording and multimedia spaces. Edmund recently retired from the University of Manitoba and was appointed Dean Emeritus in October 2018.