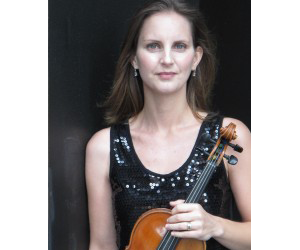 Currently Principal Second Violinist with the Kitchener-Waterloo Symphony, Anita enjoys a varied career, displaying versatility in a wide range of musical styles. As an orchestral player, she has performed with the Toronto Symphony Orchestra, Elora Festival Orchestra, National Arts Centre Orchestra, and as guest Principal with the Winnipeg Symphony among others.

Equally at home as a chamber musician, Anita is a member of the Canadian Chamber Ensemble and the Madawaska String Quartet. She has appeared in concert with distinguished colleagues at music festivals throughout Canada, including the Ottawa Chamber Music Festival, MusicFest Vancouver and the Scotia Festival of Music.

Aside from her affinity for performing, Anita is deeply committed to bringing the joy and excitement of music making to our next generation of classical musicians. Along with maintaining a busy private teaching studio, she is frequently called upon to adjudicate at the Kiwanis Music Festival. She has enjoyed coaching students at the Interprovincial Music Camp, University of Ottawa, Acadia University, National Academy Orchestra and KW Youth Symphony. Anita resides in Waterloo Ontario with her husband and two young sons.