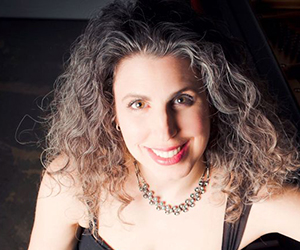 Canadian pianist Shoshana Telner has performed across Canada and abroad. Described as an “authentic musician with a sparkling technique” (Le Droit) and “full of fire and warmth” (the New York Times), Shoshana has a passion for engaging audiences with exciting performances. She made her solo orchestral début with the National Arts Centre Orchestra at the age of 16 and has since performed as soloist with several orchestras including the Québec Symphony Orchestra, the Boston Classical Orchestra, and the National Academy Orchestra.