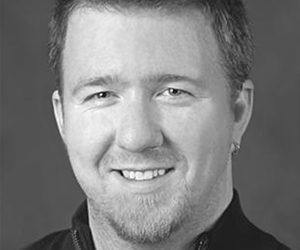 As a conductor, director and choreographer, Markus Howard has worked extensively in the arts throughout Canada and abroad. He has appeared in 27 countries, working with musicians of varying ages, cultures and experiences.

A conductor educator and private voice teacher, Markus works in many musical genres including opera, musical theatre, pop, and jazz voice. His students have included members of the Stratford and Shaw Festivals, Toronto’s Lion King, Billy Elliott, The Producers and Jersey Boys, and a number of Broadway and National Touring companies, and worked as Lead Voice Coach for Mirvish Production’s Lion King School.

His talents have been recognized by Yamaha Music Canada, The Swedish Ministry of Culture, the Ontario Arts Council, and the International Association of Jazz Educators. He has been nominated three times as a candidate finalist by the Ontario Arts Council for the Leslie Bell Prize for excellence in conducting. Last August, Mister Howard was the adjudicator for Musical Theatre and on the Grand Prize Panel for the 2017 National Music Festival-FCMF.

Mr. Howard is currently the Artistic Director for two of Ontario’s most outstanding youth choir organizations, the award-winning Guelph Youth Singers and the La Jeunesse Choirs. He finishes 11 years as conductor the Oriana Singers of Northumberland this May, and serves as a regular guest conductor for many professional choirs including the Larkin Singers and the St. James Cathedral Choir on the Juno-nominated recording of Apocolypsis. He held the position of Lead Artist Educator with the Canadian Opera Company.

Mr. Howard works as a voice coach for TV, film and stage. He has served on the faculty of the Royal Conservatory of Music Glenn Gould School and Young Artists Performance Academy, and the Randolph Academy for the Performing Arts, teaching in the music and dance divisions. At the University of Toronto, he directed the Hart House Jazz Choir as well as serving as Artistic Director for the Massey College Choirs.

Mister Howard has appeared with the Stuttgart Kammerchor, the European Octet, World Chamber Choir and numerous Canadian professional choirs. He is the founding conductor of the professional ensemble LA MOVIDA, his proudest accomplishment to date.