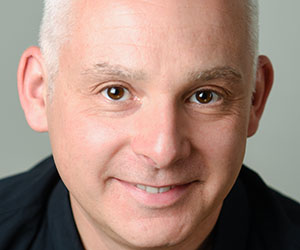 A tireless researcher and advocate for the effortless singing professional, Mark Joelson Daboll is a performing baritone, music educator, and voice teacher – a capacity for which he has garnered much praise as a master technician. He is sought after as a reliable voice-renovator to professional opera and music theatre singers in all stages of their careers, and for the development and re-ignition of all voices.

Mr. Daboll serves on the Voice Faculty at the University of Toronto, teaching applied voice, and as a guest lecturer on topics in graduate-level voice pedagogy. His students have won or placed in national competitions, and have been accepted into numerous professional development programs. His principal teacher/mentor is W. Stephen Smith, author of The Naked Voice, and teacher of many of the world’s elite singers. Mark served as a vocal coach and masterclass teacher for the 2016 Ontario Youth Choir, and at the COC’s Summer Youth Intensive Program in 2013 and 2014.  In demand as a personal and engaging adjudicator at music festivals, Mark continues his association with the COC as a popular workshop presenter for the Living Opera Education Program, for both high school groups and Toronto District School Board teachers.

Originally classically trained, Mark is also uniquely certified to teach all vocal styles, including golden-age and contemporary Music Theatre, Broadway belting, Pop-Rock styles, Country, R&B, and Jazz.  His primary teacher/mentor influence in this domain is Lisa Popeil (with whom he is certified as a Voiceworks® Associate teacher); other influences include the works and research of Dr. Matthew Edwards (Shenandoah University), and Jeannette LoVetri. He has been interviewed on a variety of vocal topics on CBC Radio 1, The Global Morning Show, Schompera.com, CTV.ca, City TV’s Breakfast Television, featured in University of Toronto’s Alumni Magazine, and as a presenter for the Treehouse Talks series on the perils and fears many people experience singing in public.

As a performer, Mr. Daboll sang at the Canadian Opera Company from 2000-2010 in numerous productions as a member of the company chorus, having also performed for several seasons at the Festival of Two Worlds (Spoleto Italy), Spoleto Festival USA (Charleston, South Carolina), Edinburgh Festival (with the COC), L’Opéra de Montréal, and in Merzig, Germany, with the Saar Music & Theatre Festival.  He remains an active recitalist, and oratorio and concert soloist.

Academic accolades include a B.M. in voice performance from Westminster Choir College (Princeton, New Jersey), an Opera Diploma from Wilfrid Laurier University, and a Masters Degree in vocal pedagogy and performance from the University of Toronto.