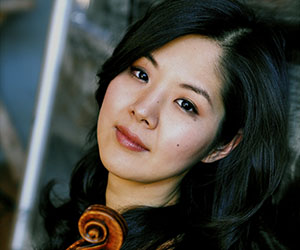 Dr. Koh’s students have gone on to study on full scholarship at universities and conservatories, such as The Juilliard School. She received her DMA from the University of Toronto and her Masters Degree from San Diego State University. Her teachers include Scott St. John, Erika Raum, Hyung-Sun Paik, Lucy Chapman, and Donald Weilerstein. In addition, she is passionate about the entrepreneurial ways music can serve communities and those in need. Among her projects, she is co-founder of Xenia Concerts, a series dedicated to presenting concerts designed specifically for children on the autism spectrum. She also performed at the San Francisco Women’s Jail, California School for the Blind, Monarch School for Homeless Youths, and Reflections Community School for at-risk youth.

Dr. Koh performs on a ca. 1767 Joannes Baptista Guadagnini violin on loan from a generous benefactor.