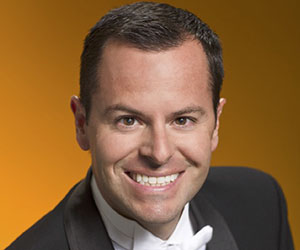 Barry L. Houser is the Associate Director of Bands, Director of the Marching Illini, Director of Fighting Illini Athletic Bands, and Clinical Assistant Professor in the School of Music at the University of Illinois at Urbana-Champaign. His responsibilities include conducting the Hindsley Symphonic Band, the Athletic Bands consisting of the Volleyball Band, Basketball Bands, and the Nation’s Premier College Marching Band – the 375-member Marching Illini. In addition, he teaches undergraduate courses in instrumental conducting, marching band procedures and other courses within the School of Music. Houser is the faculty advisor for Phi Mu Alpha Sinfonia, Kappa Kappa Psi and serves as a Leadership Coach through the Illinois Leadership Center. Professor Houser’s teaching experience encompasses both extensive public school and university experiences.

Bands under Houser’s direction have performed in the Macy’s Thanksgiving Day Parade on several occasions, the NBC Today Show, the ISSMA State Marching Finals, and the Indiana Music Educators Association State Convention. Other performances include the Indianapolis 500 Parade, the Target Thanksgiving Day Parade, the Outback Bowl Parade and Half-Time Show, the Hollywood Christmas Parade, the Washington DC National Memorial Parade, a variety of NFL halftime shows, Music for All events, a tour of Ireland and the Dublin St. Patrick’s Day Parade, and performances with Maynard Ferguson, Dallas Brass, Canadian Brass, Gregg Potter of the Buddy Rich Band and many other guest artists. In November of 2015, the Marching Illini was featured in the 89th Macy’s Thanksgiving Day Parade in New York City.

Houser maintains an active schedule with engagements throughout the United States as a guest conductor, clinician, and adjudicator. He has worked with the Macy’s Great American Marching Band and has helped lead the Mass Band for the Chick-Fil-A Bowl in Atlanta, Georgia. In addition to performance engagements, he is an ongoing contributor to the Teaching Music Through Performance in Band series and the marching band textbook “The System” published by GIA. Professor Houser serves on the Board of Directors for the National Band Association, the College Band Directors National Association Athletic Band Committee, and the All-Illinois Junior Band. In his spare time, he serves as President and Director of the Smith Walbridge Clinics, the first and one of the largest marching band – leadership camps in the country.