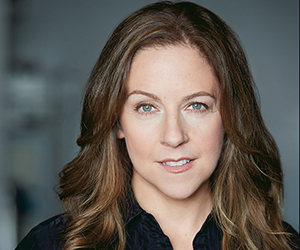 As an actor, Alix has performed in many productions and also assisted in the development of new works at The National Arts Centre, Opera Lyra, Theatre Calgary, The Great Canadian Theatre Company, The St. Lawrence Shakespeare Festival and The Stratford Festival, to name only a few.  Alix was a member of the National Arts Centre’s Resident Acting Company Ensemble in 2012/13.

Alix has been an acting/movement instructor for many institutions and has developed several labs and workshops for innovative and boundary-stretching work. Institutions include the National Arts Centre, The Stratford Festival, The Canadian Opera Company, The Randolph Academy, The Royal Conservatory of Music, The Glen Gould School,The Canadian Children’s Opera Company, Young People’s Theatre, Opera Lyra, The St. Lawrence Musical Theatre Conservatory. She was also the movement dramaturg for Corpus/Pan Am Games 2015, the Curator/Industry Associate for the Magnetic North Theatre Festival 2011, a founding member of Prix Rideau Awards, and a Canadian Actor’s Equity councillor for 2 terms, and a mentor to many young artists.